SL Benfica are the new EHF European League Men 2021/22 champions after an outstanding finish to the season. The drama at the EHF Finals Men 2022 in Lisbon on Sunday night provided the perfect end to a thrilling season.

Here are five takeaways after the EHF European League season.

SL Benfica, the fairy tale of the giants

‘Gigantes’ – ‘Giants’ read a huge headline of Monday’s edition of Portuguese sports newspaper. Benfica truly were giants on the court. They had the best goalkeeper of the tournament: MVP Sergey Hernandez; they had the best scorer of the event and the season: Petar Djordjic; they had their solid defence stars Rogerio Moraes and Alexis Borges; their German wing Ole Rahmel was like a goal machine in the final.

Benfica showed passion and emotions, boosted by 6,000 fans in the arena, and they were, what their coach Chema Rodriguez said, “not only a team, but a family.” When you beat Orlen Wisla Plock and SC Magdeburg within 24 hours, you are a deserved winner of this trophy, even if you had not been the best team of the season. This is the thrill and the tension of final tournaments. Benfica’s story is a fairy tale coming true, and the kings of Lisbon are real.

SC Magdeburg, every series has to end once

They were shocked, they were quite angry, and they left Altice Arena emptyhanded: SC Magdeburg were the outstanding and dominant team of the European League 2021/22 season. They made it to the final unbeaten, riding a series of 26 unbeaten matches in the competition. They boast the highest quality and their wide squad… but in the end, they lost the final. 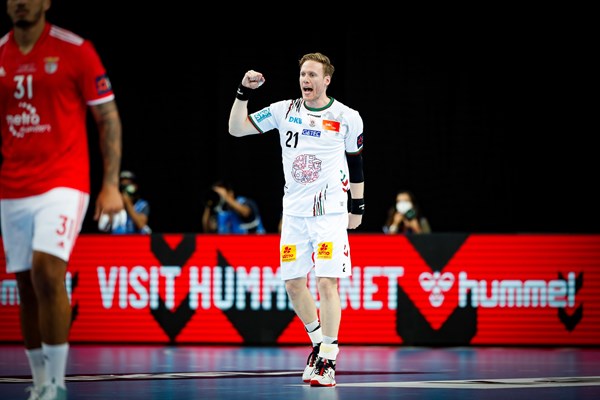 Though they know from their domestic Bundesliga how to stand the heat in huge arenas with thousands of home fans, they made too many mistakes in the final, missing several 100-percent chances, not being able to cope with Benfica’s big line players, and losing the goalkeeper duel. Still, Magdeburg are on the brink of clinching their first domestic league title since 2001 and will show their quality again next season – in the EHF Champions League.

Orlen Wisla Plock, one failure after an almost perfect season

The runners-up from the Polish league were also beaten by Benfica – but in a different way than Magdeburg. The 26:19 semi-final defeat against the hosts was Plock’s worst match of the whole European League season.

Judged by the names and the width of the squad, and from the performances from the start of the group phase until the quarter-finals, Plock were definitely a trophy candidate. But they faltered when it counted. Next season, they will again fight for the trophy. At least they improved from their AHF Finals appearance last year, when they ended fourth.

More than the ‘little brother’ of the EHF Champions League

Teams like Rhein-Neckar Löwen or Bjerringbro-Silkeborg already failed in the qualification rounds: it demonstrates the positive development of the EHF European League. No one doubts the 2021/22 season was the strongest second-tier competition European handball has ever seen. The group phase included teams such as Nantes, GOG, Sporting, Lemgo and Füchse Berlin – and none of these even made it to the EHF Finals 2022 in Lisbon last weekend. 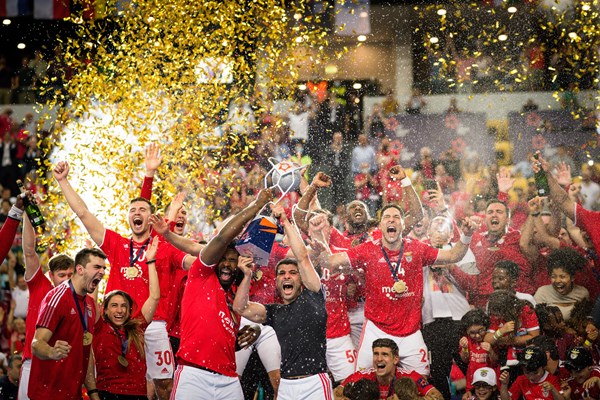 The dominance of German clubs in the second-tier competition came to an end, or was at least interrupted: Benfica became only the second non-German team in the last 17 (!) season top win it. The level has been rising since the number of EHF Champions League participants was reduced to 16, and the playing format with 24 clubs in the group phase has offered amazing matches. The EHF European League? Better than ever!

Huge praise for the hosts of the EHF Finals Men 2022

More than 6,000 fans watched the final, an incredible atmosphere during the whole weekend – the Altice Arena was a perfect place for Benfica sensational run to the trophy. Lisbon was only confirmed as hosts on the eve of the semi-final draw in early May.

But David Szlezak, Managing Director of EHF Marketing GmbH, was full of praise for the Portuguese organisers: “Lisbon got the maximum out of the minimum of time they had. You could see that professionals are at work at the Benfica club and Altice Arena. With a little more time, the arena would certainly have been sold out. It was also very important to see that we can be successful in the Portuguese market. Handball has developed very well there. And Benfica is a brand that is also good for handball.”

Previous Article “We all dreamed of a weekend like this”

NEWS: MKS FunFloor Perla Lublin and Siófok KC will face each other in qualification round 2 of the EHF European League Women in October

Lemgo set to face La Rioja in opening round

NEWS: A clash between two high-profile teams from Germany and Spain will top qualification round 1 of the EHF European League Men

118 balls to be opened at Tuesday's draw event

PREVIEW: A big draw event for the 2022/23 club season will take place on Tuesday 19 July at the EHF Office in Vienna

NEWS: 46 teams have registered for the upcoming season; 12 of them will start their campaign in the group phase

NEWS: Four clubs go straight to the group phase; while 15 teams start only in the third qualification round

NEWS: The iconic 42-year Macedonian left back ends his glorious and record-breaking playing career this weekend