If PAUC Handball enjoyed a historic season in domestic competitions, with a third-place finish in the French league in June, it was a disappointing one in Europe.

After qualifying for the group phase of the EHF European League Men 2021/22, the club based in Aix-en-Provence only won one game and finished last in group C with three points.

With a deeper squad and with more experience under their belt, PAUC are aiming to perform better in the group phase. Progressing to the Last 16 would create history for a young club playing only their fifth European season.

Most important question: What happened to PAUC in the EHF European League Men last season?

Looking back a few months after the end of last season, it still looks surprising that PAUC did not perform better in the EHF European League Men. How could a team featuring French national team players Nicolas Claire and Wesley Pardin, as well as talented centre back Ian Tarrafeta, only take three points in the group phase?

"We were really frustrated about our results last season," summarised coach Thierry Anti – and we can definitely understand his feelings.

A couple of bad results at the start of the group phase put the team on the wrong track, and while every game was seen as a potential turning point, PAUC went out of the race for the Last 16 pretty quickly.

"We will now progress with humility," said captain Nicolas Claire, who is fully aware that the names in a team do not create success easily.

Under the spotlight: Kristján Örn Kristjánsson

Playing in the EHF Cup in 2018/19 actually allowed PAUC to sign the young Icelandic right back. For their first ever European away game, the club from Aix-en-Provence travelled to Vestmannaeyjar.

Their terrific trip included a crazy boat journey, during which most players were sick. But all they could see on the court was Kristján Kristjánsson, who scored 12 goals against them across the two games.

The right back is now in his third year in France, and last season he was one of the key players for Aix. While he has improved a lot defensively, he has kept his offensive impact, often being one of the best players for PAUC in 2021/22.

While the PAUC staff and players are aware of what they can achieve, they were disappointed at what they delivered last season. So instead of bursting out goals that they might not be able to achieve, they would rather work with humility.

"Our goal is to do a better journey and to go as far as possible," said Thierry Anti, the coach who took former club HBC Nantes to the EHF FINAL4 in 2017.

His captain and long-term Aix player, Nicolas Claire, does not say anything else. Based on their squad, PAUC might be among the favourites for the title, but Claire would rather "take it game by game, considering our results from last year". 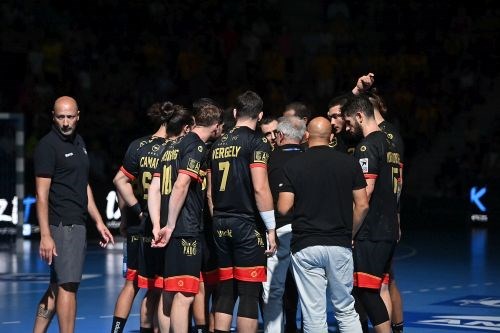 Thierry Anti has always been one coach to make wonders with players that might not be in the spotlight on the international scene.

The former HBC Nantes and Sporting CP coach might have some ideas at the back of his head for his season, judging by the signings PAUC made this summer.

Three of the additions played in the French second division last season, while one – Youssef Ben Ali – won the EHF Champions League with Barça. We bet you can say that Aix's signings covered the whole scope of handball.

One – that is how many times PAUC were victorious in the EHF European League group phase last season.

Before their success against BM Logroño La Rioja in the last round, they also drew at home against eventual quarter-finalists RK Gorenje Velenje. For a team that went head-to-head with some of the best sides in Europe in the French league, last season was quite a disappointment, to say the least.

Previous Article Edwige: “We must own up and take responsibility”

COUNTDOWN #15: Paris 92 (FRA). After failing to reach the group phase last season, the French side intends to play a big role

ROUND PREVIEW: Füchse host Skanderborg-Aarhus in Berlin in round 5 of the EHF European League group phase

ROUND REVIEW: The two teams from Germany and Hungary win doubleheaders; other ties to be decided next weekend

COUNTDOWN #16: Ikast Håndbold (DEN). Last season's bronze medallists are looking to step higher up on the podium in this year's competition

Double-headers in Germany and Hungary as round 3 throws off

SUMMARY: Coverage of round 4 in the EHF European League Men 2022/23 group phase, with 12 matches across the continent

Montpellier make it four out of four in Veszprem

GROUP A REVIEW : Thanks to a clear win in Veszprem, Montpellier remain on top of group A while Göppingen and Schaffhausen follow them closel…

GROUP B REVIEW: SG Flensburg-Handewitt lost their unbeaten status in Group B, after conceding their first loss of the season, 26:30, against…