Kadetten Schaffhausen into quarters on away goals

What a thriller in Sweden. The final shot of the second leg decided the aggregate winners of the Last 16 pairing of IK Sävehof and Kadetten Schaffhausen.

The hosts were unable to score with their last attack, which meant the Swiss side squeezed into the quarterfinals for the first time since the 2009/10 season and will face Wisla Plock in the quarter-finals.

Pure adrenaline in the last minute

The final minute was full of thrills: Sävehof were ahead 33:28, when Elias Ellefsen a Skipagotu scored before the referees ruled it out.

Sävehof played with man-on-man defence and managed to secure a turnover. Felix Möller scored to make the score 34:28 as Sävehof again put pressure on the visitors. Lukas Herburger failed with his last shot against goalkeeper Bertram Obling - but his pass was too long, and time was over leaving the Kadetten players to dance on the court. 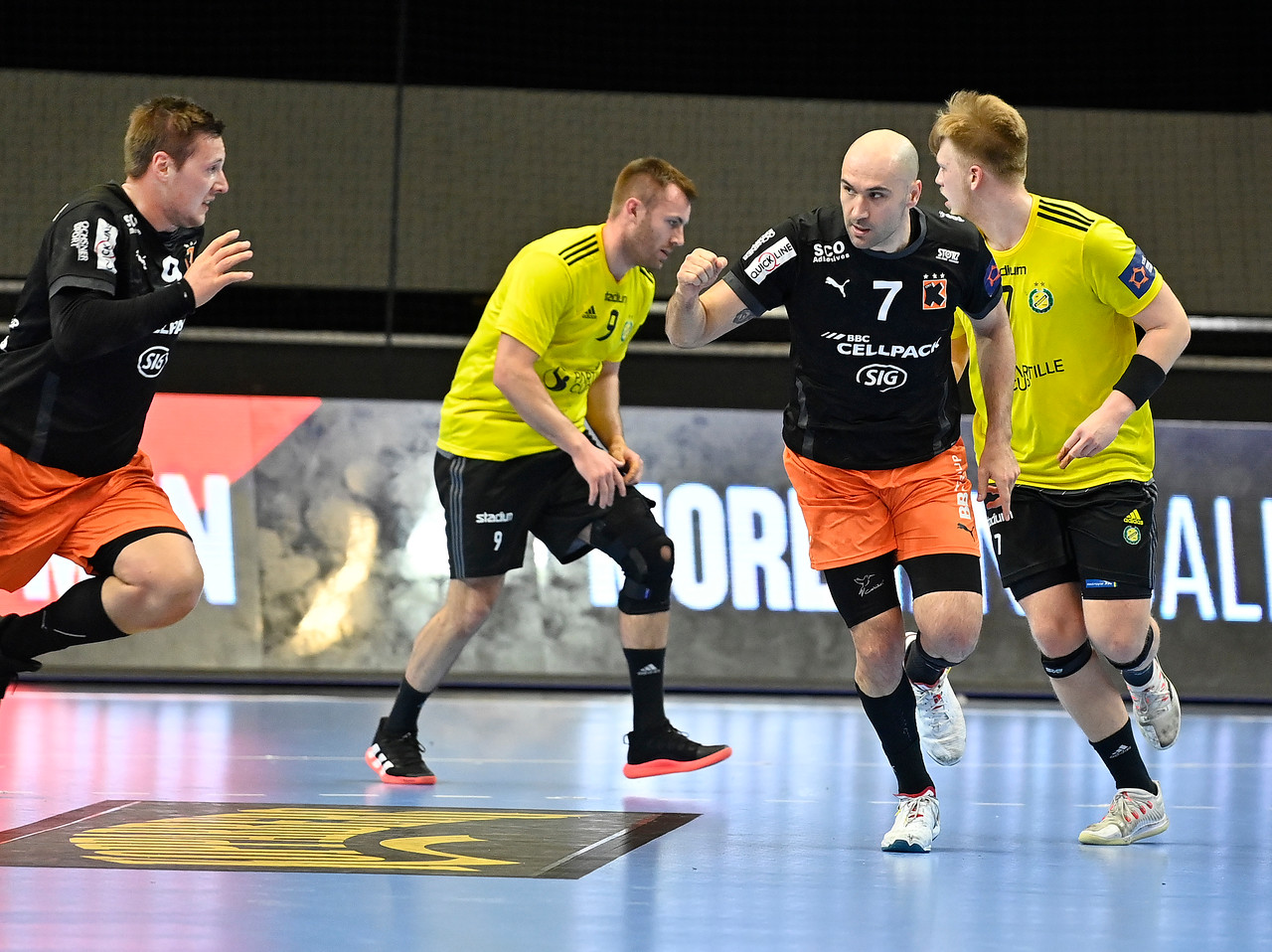 I thought we started well but a strong Sävehof goalkeeper kept us from making an even better start. When we made too many mistakes, we were punished with their goals from fast-breaks, but then during the second half we were a bit more stable. Most of all, our goalkeeper had six or seven saves that gave the team more confidence. In the end, it was all about mental toughness and as a team, we’re very happy to go through to the next round.
Adalsteinn Eyjolfsson
Kadetten Schaffhausen coach