Two Hungarian teams, FTC-Rail Cargo Hungaria and Györi Audi ETO KC, France’s Metz Handball and German champions BV Borussia 09 Dortmund are the only four unbeaten sides after the first three rounds of the DELO EHF Champions League 2021/22 — and they will try to preserve the status quo this weekend.

The two Hungarian sides have the toughest challenge, with FTC hosting Team Esbjerg in the Match of the Week, while Györ are traveling to another Danish opponent, Odense Håndbold.

Elsewhere, BV Borussia 09 Dortmund may set a new team record in terms of unbeaten consecutive matches if they stay clear against CSM Bucuresti, as Rostov-Don also look to pounce against Buducnost BEMAX — one of just two sides to fail to win a game in the first three rounds. 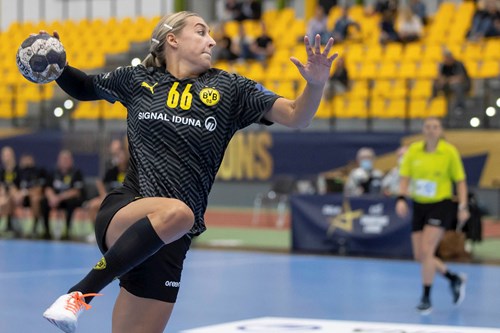 SUMMARY: After round 4 of the DELO EHF Champions League, Györ and Metz have both won all their matches and FTC remain unbeaten